Portrait of an artist - John Sims

John Clark Sims was born in Philadelphia, Pennsylvania, and is a graduate of Boston Museum School of Fine Arts. 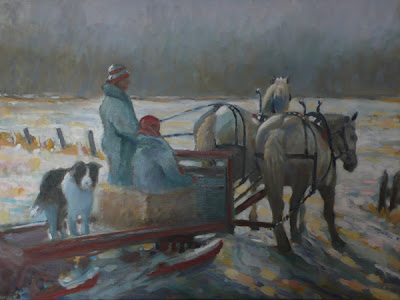 Since 2005, John has shown at several venues in Eastern Ontario including The Abby for the Arts, the Arbor Gallery and the Glengarry Pioneer Museum. He has also done a number of paintings on a commission basis. 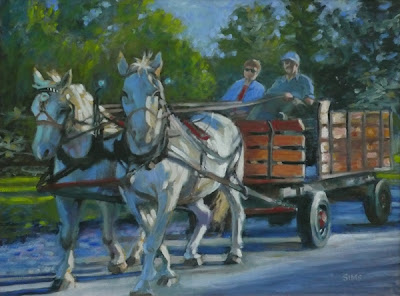 John’s output in the 1970s and 80s, paintings of Quebec scenery and historic houses, were widely exhibited in Montreal through various galleries and many are in private collections.

John has now turned his eye to the landscape, people and horses of Glengarry for inspiration.

Since its founding in 2007, Art Fayre has featured the work of almost 50 local artists. Please come to our show and support local talent, as well as the Glengarry Pioneer Museum.
This year we celebrate the Museum's 50th anniversary!