Portrait of an Artist - Natalie Rowe

Today's Art Fayre artist is Natalie Rowe of Apple Hill, Ontario.
Natalie is a graphic designer and musician by training, having graduated from the University of Toronto in 1987 with a Bachelor of Music degree, and George Brown College in 1990 with an Honours Design Diploma. She has run her own design business, Grinning Gecko Design, since 1994.

Natalie began hooking rugs after moving to Nova Scotia in 1998. She learned the basics of this traditional craft from her next-door neighbours (a Newfoundlander and an Acadian). 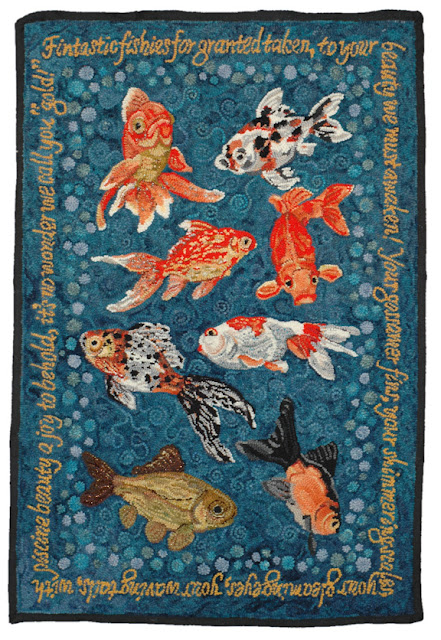 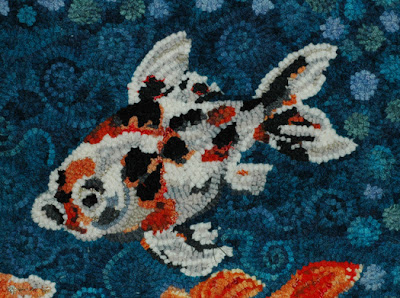 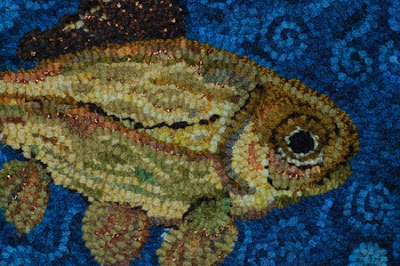 Fintastic Fishies - detail
Soon after, she began designing her own rug patterns. Using her graphic design skills and taking inspiration from the world around her, she creates rugs that usually end up as wall-hangings. To Natalie, rug-hooking is like painting with wool. 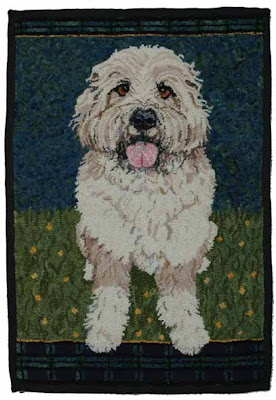 Foster
She enjoys dyeing her own wool, which is not only a lot of fun, but gives greater control over the colours used in projects. She hooks with new and recycled material. Many an old wool skirt has worked its way into her rugs, not to mention a coat that formerly warmed her husband! She particularly enjoys using type in her rug designs (all those typography classes paid off), and writing verse to include in the borders of her rugs. 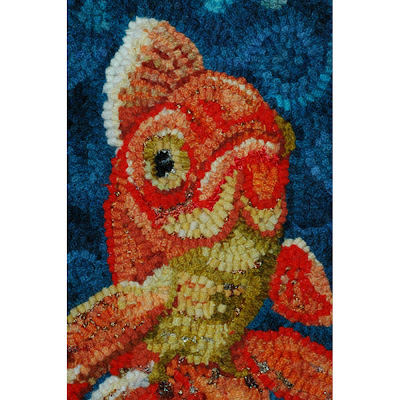 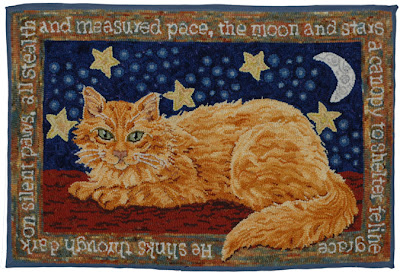 Julius
Natalie's mats have been featured in Rug Hooking magazine's A Celebration of Hand-hooked Rugs XI and XII. They have been featured in several shows, including Mat Hooking: From Simple to Sublime (a juried show at the Mary E. Black gallery in Halifax, NS) and the Comfort & Joy Show (at the Craft Council of Newfoundland and Labrador), as well the juried show West Coast Textures (held at the FibreEssence Gallery in Vancouver.) Natalie has particpated in Art Fayre since 2009/ 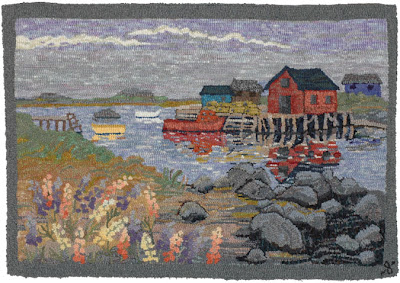 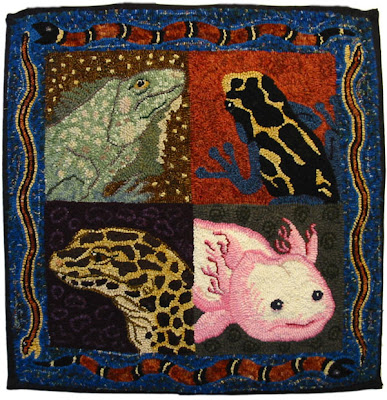 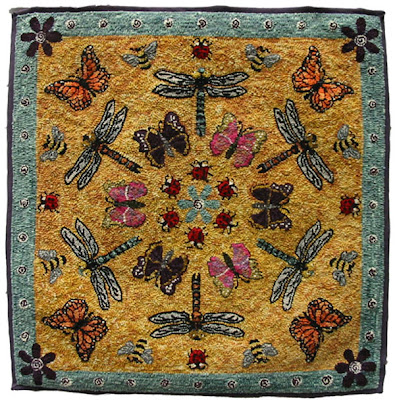 Bug Rug
Natalie now lives on a farm in lovely eastern Ontario, but rug hooking is her link to Nova Scotia. She is a "happy hooker!"
Posted by Knatolee at 9:36 AM

Since its founding in 2007, Art Fayre has featured the work of almost 50 local artists. Please come to our show and support local talent, as well as the Glengarry Pioneer Museum.

This year we celebrate the Museum's 50th anniversary!