Portrait of an Artist - Evlyn Fortier

Today's Art Fayre Artist is Evlyn Fortier of LeFaivre, Ontario.
Evlyn’s two passions have always been Art and Philosophy. She received her B.A. in Fine Arts (studio) from the University of Waterloo in 1984. Evlyn returned to school in 1987 and completed a M.A. in Philosophy at McMaster University in Hamilton in 1991. She achieved her final degree, a PhD. in Philosophy at the University of Ottawa in 1999.
She has taught Philosophy at Carleton University, St. Paul’s University and the Dominican College in Ottawa. But even while teaching, she continued to make Art and keep abreast of ideas and trends in the Art world. 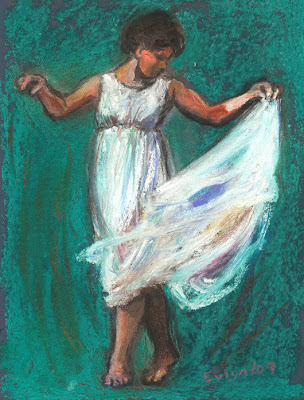 Evlyn works primarily in Chalk Pastel and Oil. She has participated in numerous group shows in Waterloo, Guelph, Kitchener, Hamilton, Toronto and Vankleek Hill. She exhibited regularly throughout the 1980s and 1990s in Miniatures Exhibitions in Toronto, and later in Miniatures exhibitions in Yugoslavia and Italy. 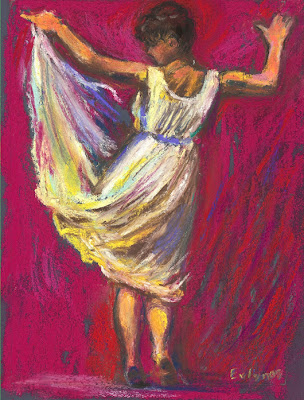 Evlyn’s husband, the late Peter MacElwain, was a sculptor who exhibited large-scale works in Toronto, Alabama, Kentucky and Tennessee. Evlyn assisted Peter in the creation and setting up of these works. She and Peter ran a foundry where they cast sculpture in bronze, aluminum and lead. 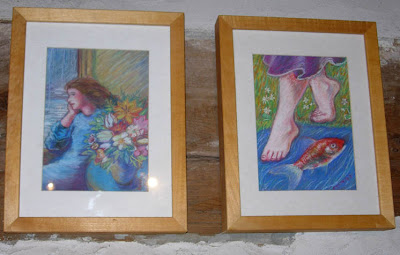 Most recently, she has participated in the Artist Trading Card group that meets once a month in Dunvegan, Ontario. Making Art Cards has allowed Evlyn the chance to try other media, especially collage, and to be more experimental in her work. 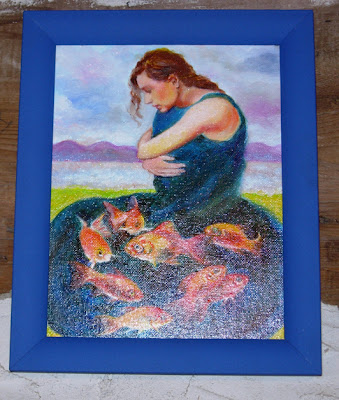 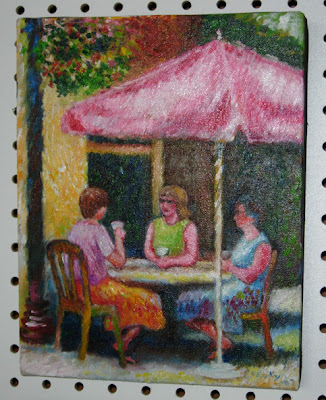 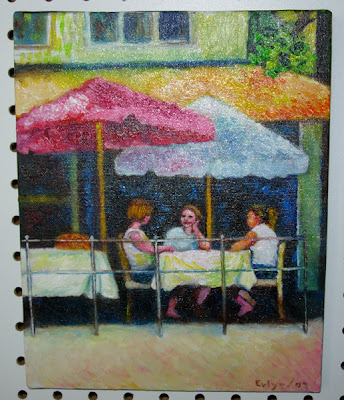 Evlyn presently works as a Policy Analyst for the Department of Human Resources and Social Development in Gatineau. She divides her time between her apartment in Gatineau and her home in Lefaivre, Ontario, where she recuperates from spending time as a civil servant by drawing, painting and mucking about in her garden.
Join us at Art Fayre 2011 to meet Evlyn and see her beautiful works of art!
Posted by Knatolee at 8:35 AM

Since its founding in 2007, Art Fayre has featured the work of almost 50 local artists. Please come to our show and support local talent, as well as the Glengarry Pioneer Museum.
This year we celebrate the Museum's 50th anniversary!